The VIGIL3 battery charger module is compact in size and fits neatly alongside the transformerless amplifiers.

In addition to ensuring that the system’s backup batteries remain at their optimum charge level, the unit monitors the power supplies in each of the amplifiers. An added benefit is the auxiliary DC output feature which can be used for powering other equipment.

Our VIGIL3 range, as with all of our products, has been designed with absolute longevity in mind. 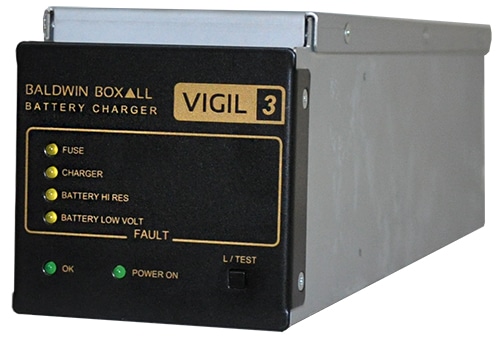 More products in the VIGIL3 range: