The VIGIL3 system is built on a dedicated, fault-tolerant, Ethernet backbone with a range networking options, which include:

All networking options support up to 64 simultaneous live audio channels.

Network cabling is realised via modules which are fitted to the rear of a rack – with a matching pair of modules at each end of a cable. These modules are added to the system as required, in any combination on a single system. It is possible, therefore, to easily employ copper, multi-mode and single-mode fibre on one VIGIL3 network, should it be needed.

In addition to the networking modules, further modules are available to facilitate connection to other equipment or services – such as GPIO, fire panels, and more.

It is also possible to include both Eclipse5 wall mounting units and 19″ rack enclosures on the same cabling network.

As you can see, the VIGIL3 system is entirely modular – including inputs, outputs, amplification and connectivity options – thus providing an infinite number of design and networking possibilities.

VIGIL3 is suitable for any sized voice alarm system – from the very small, the very large (up to 800 outputs, 400 inputs and 254 monitored messages is possible). It is also ideal for both centralised and de-centralised system networking. True flexibility! 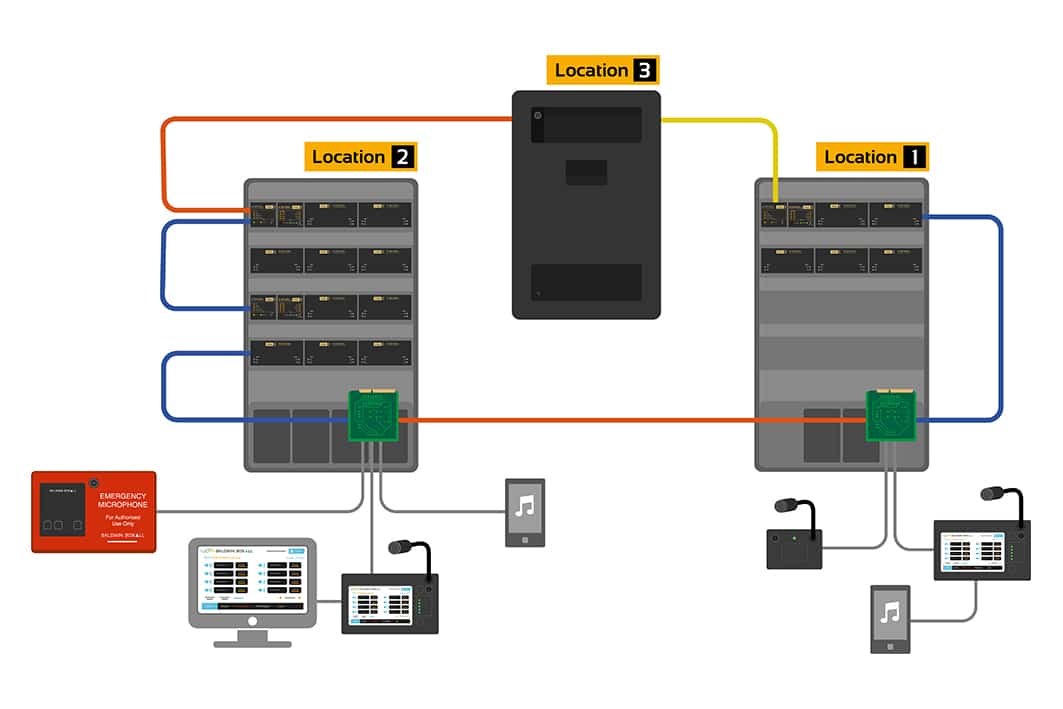