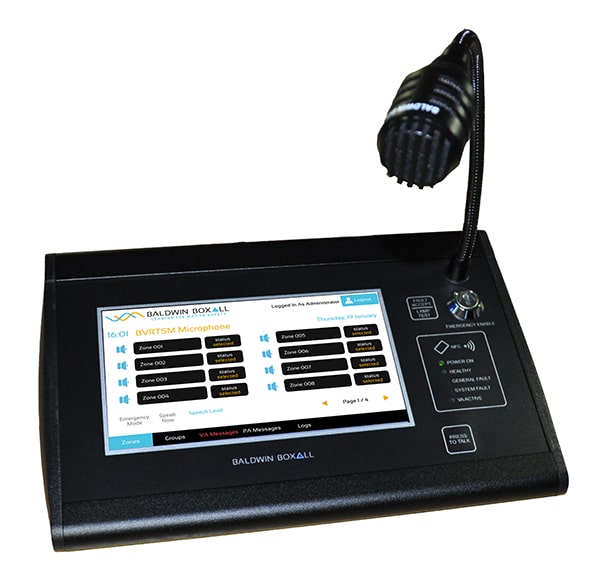 Other features of the touch screen microphone:

With straight-forward multi-page scroll through operation, the microphone enables full control of a VIGIL voice alarm system, including (access allowing):