The PA side of VA

Baldwin Boxall / The PA side of VA

A VA system (Voice Alarm) or PA/VA (Public Address/Voice Alarm) is primarily installed for life safety reasons – to assist with the controlled evacuation (or assembly of people to safe areas) of a building, or area, in the event of an emergency. This is done through clear voiced instruction and live announcements. However, the VA system should not be considered as just a system waiting for an emergency to occur – it is also there to be useful. Think of it as a PA (Public Address) system with extras!

Every day, a VA system can provide you with the following features

The VA system automatically ‘self-checks’ (i.e. it is monitored) at all times – 24/7. If any problem (fault) is detected this is indicated both visually and audibly at the relevant points on the system. Also, a VA system has power backup facilities, so it will continue to operate even during a mains power cut.

Broadcast to all areas of the building connected to the VA system simultaneously.

Broadcast to selected areas (zones) of the building – either manually or automatically. Send different broadcasts to different zones, simultaneously.

Announcements that have been recorded are stored on the system and always ready to be initiated when required. These pre-recorded messages need not only be for emergency (VA) use, they can be for frequently used general (PA) announcements – such as ‘unattended baggage’ / ‘store closing’ announcements, etc.

Pre-recorded messages can be of great benefit – especially as they can be initiated on an ‘as required’ basis or automatically, upon receiving certain ‘triggers’ (i.e. from the building’s fire panel) or even at pre-programmed times (scheduled).

A further advantage is that messages can be recorded in multiple languages, which is useful for many applications.

The messages can either be professionally recorded and uploaded to the system, or with our latest touch screen microphone, users can record and store their own messages for non-emergency use.

Tones and sounds, such as a bell or siren, can be stored on the system for play back, either at the start/end of a message, or as an independently timed broadcast such as an ‘end of lesson’ bell.

A VA system can include a music storage device. This means that it is possible to broadcast background music to selected areas of a building – for instance staff resting areas. If required, different music sources can be directed to different areas. Also, of course, carefully selected music can influence people’s mood and/or behaviour – calm people down, speed people up and so on – just like a scent, what we are listening to makes a difference to how we feel.

Make PA or VA announcements from any area:

With a VA system comes a choice of styles and types of microphone (inputs) – from the most basic, simple paging version to the full function emergency unit. It is common (and often necessary) to have more than one microphone, and more than one type, on a single system. This provides flexibility for companies when deciding on the location/position of microphone and the type of announcement (i.e. emergency/non-emergency/message/speech), or facilities required. Typical locations for microphones include security rooms, reception desks, staff room, customer service till – wherever is convenient or, of course, essential – there will be a microphone to suit the application.

With more than one microphone, multiple messages, room panels and several staff using the system, if this is without any form of prioritisation control then this could become somewhat messy! By setting priorities for each input (microphone, message, music, etc) announcements that have the greatest importance will always be heard. For instance, background music will stop when a general announcement is being made to that area. Equally, if an emergency or alert style message is broadcast, or top priority microphone is used, then this will override any others, to the areas selected by the user. Priorities are set during a ’cause & effects’ assessment and will be depend upon the choices made by the end user on how they would like the system to operate.

Each system is unique – it is built and tailored to the end-user’s requirements.

From stand-alone, wall mounted systems with a single microphone, through to very large, fully networked, multi-input systems – VA can do it all! 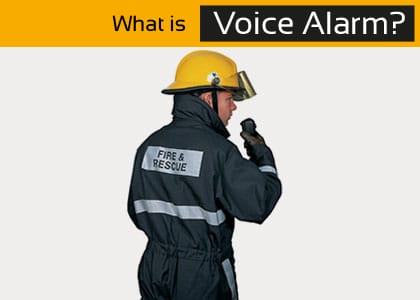 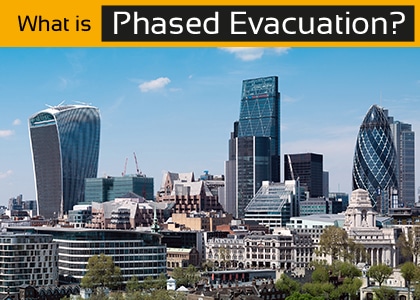 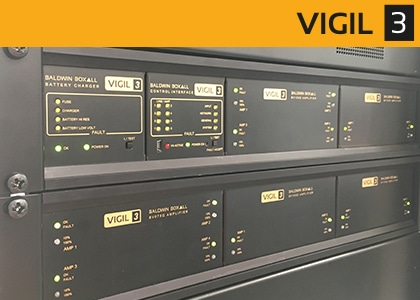 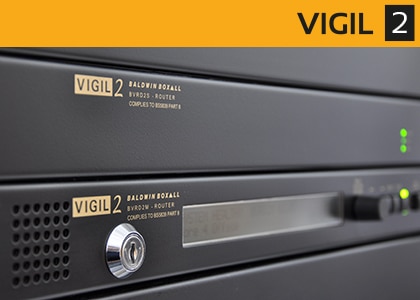 Would you be interested in a quotation for a VA system? We have several qualified distributors who would be happy to discuss your requirements. Or feel free to contact us – we will be happy to help.