Steve Bladon, Operations Manager, takes part in a national motorcycle relay. This year he will be raising funds for the Doc Bike charity. Steve describes his part this year’s relay:

“My yearly national motorcycle relay is currently under way, I shall be in the saddle from 14:00 on Weds until 3am on the Thursday and then again on the 11th and 12th of July for the traditional last legs from Lady Bower Reservoir in the Peak District to Squires Motorcycle Bar for Camping and beers and pats on the backs.”

“The chosen charity this year is Doc Bike, a charity that puts doctors and equipment onto motorcycles which enables them to attend sites faster than the air ambulance.  This is a charity in its infancy currently, the relay is hoping to raise enough funds to allow them to move to the next level. The funds from last year’s Breast Milk Bank donations has changed the focus of the entire charity and how it operates. We are hoping for a repeat for this charity.”

“If you are able to help, with any amount, below is a link to the Donate page – we would be exceedingly grateful.”

Steve uses both these bikes (obviously not at the same time) during his stint in the relay. The teddy bear is the relay mascot he won in 2017. 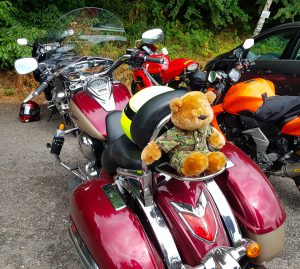 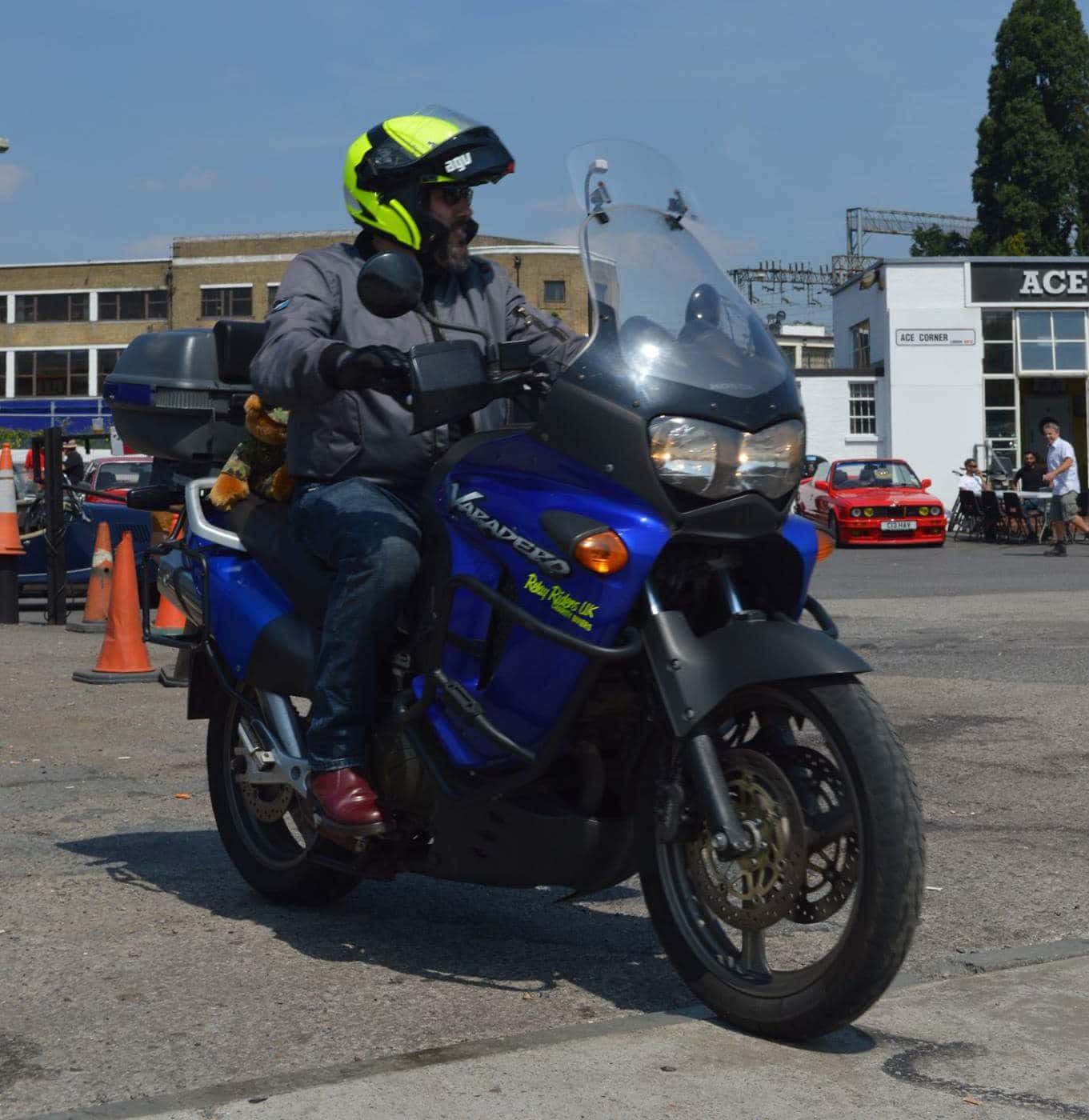